Walking along the harbour in the Greek Cypriot fishing village of Latchi in the sunshine is slow progress.

Despite the fact I’ve only been here for four days, I already know most of the locals – and a friendly bunch they are too.

There’s expat Peter, who runs an estate agent’s on the front, Costas, the cheerful manager of fish restaurant Molos, who asks if I’ll be popping in for dinner that evening (quite possibly – the food was amazing) and the boys from Latchi Watersports who took me and my friends on a spin in a state-of-the-art yacht (think Russian oligarch) to the Baths of Aphrodite a few days earlier.

Last but not least, I bump into Martin and Didi from Akamas Villas, with whom we booked our seafront holiday home.

It’s quite exhausting and I have to flop down and drink a restorative gin and tonic in the sun before mooching on.

This is my first trip to Cyprus and it’s quite different from how I imagined it.

Friends had visited open-all-hours Ayia Napa and talked of the dusk-until-dawn clubbing culture, an image which contrasted with the impressions I’d formed from watching the news of a country deep in financial crisis.

There’s no sign of those factors here in Latchi – no noisy nightclubs to spoil the view of the pine forest-clad mountains, no high-rise resort-style developments, no hint of financial turmoil.

Instead, it is largely unspoilt – and development is limited around the crystal clear waters of the Mediterranean.

That’s because Latchi is on the Akamas Peninsula, next to the Akamas National Park – a haven for flora and fauna protected by the Cypriot government.

Some of the most important inhabitants of the park are the turtles at Lara Bay, a stunning stretch of beach accessible only by boat or in a 4×4.

We hire the latter, with chatty Polis as our driver and guide steering us through terracotta-coloured mountains scattered with green scrub.

At Lara, endangered species of green and loggerhead turtles nest but there are predators – not only foxes but humans who stick beach brollies into their digs. 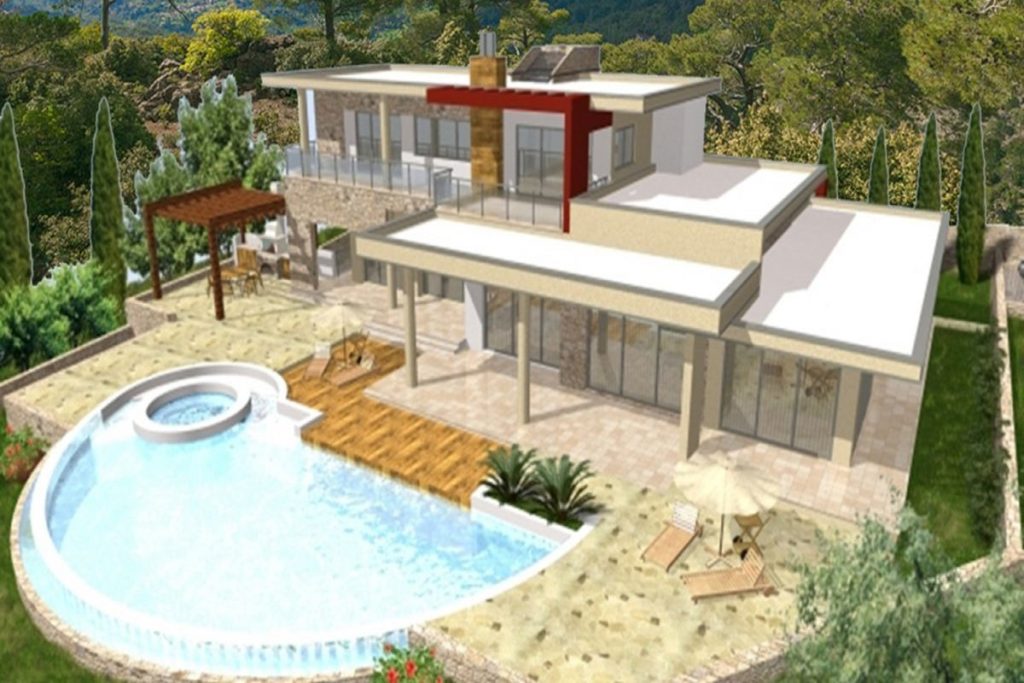 This 3 bedroom luxury villa with 3.5 bathrooms faces the Mediterranean Sea, with the Akamas forest in the background. Architects and civil…

This property  is a stunning 3 bedroom, 3 bathroom villa located on an exclusive, gated development offering huge curb appeal. Featuring a…